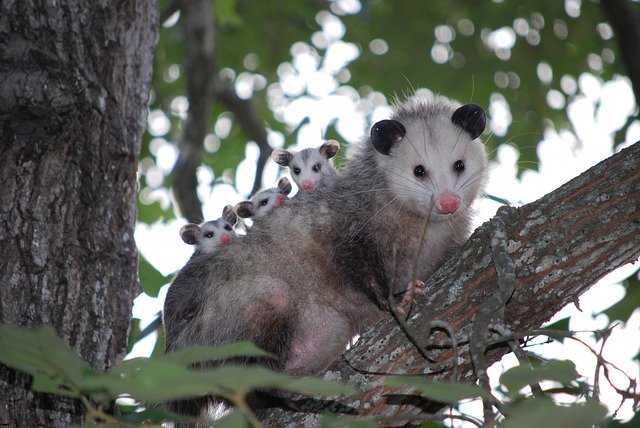 Opossums are the only marsupial found in North America, where they live in urban settings, woodlands, and open fields. They are perhaps best known for "playing dead," a defense mechanism used to appear less appealing to predators. Opossums are nocturnal and omnivorous; their diet consists of insects, small rodents, fruits, berries, garbage, and even pet food. Call Critter Control of San Jose for opossum control. 408.915.2172

Critter Control has the knowledge, proper tools, and traps to handle your opossum issues. It's best to leave wild animal trapping to the professionals; call Critter Control to identify opossum damages, employ solutions, and keep them from coming back! 408.915.2172

Request a Quote
Opossums
Opossums under your house, deck, or in your crawl space? Those scents and sounds may well be an opossum. They are often considered nuisance animals. We trap and remove opossums. Call your local Critter Control office today at (408) 915-2172 for effective opossum removal and exclusion services.
Call For A Fast & FREE Phone Estimate Today
408.915.2172
(No Cats & Dogs)